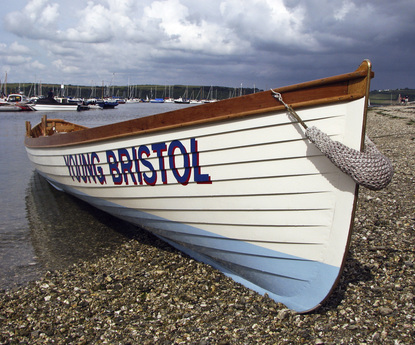 Little by little I became fascinated about the origin of these boats and by the endless recounts of bravery and courage that their crew demonstrated over the centuries around the coast of Cornwall and the Isles of Scilly. 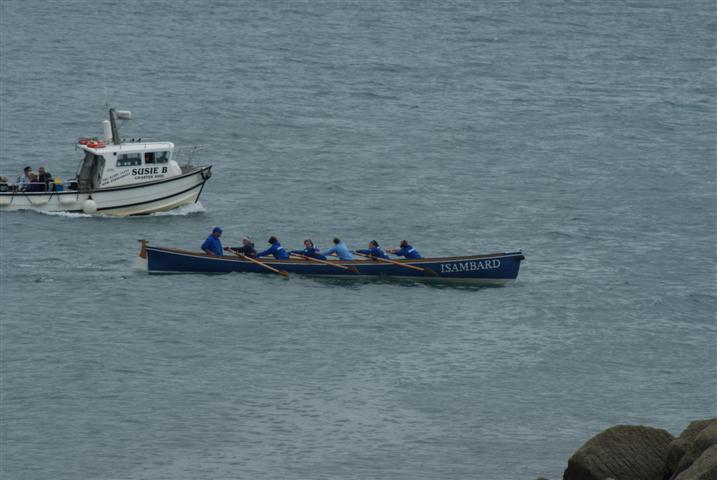 Yes, over the centuries because, believe it or not, there is evidence of the existence of these gigs as far back as in 1666, although the design and construction of them was continuously evolving until beginning of the 1800s where they were granted the status of “perfect”.

Since then, we could say they hold something like the equivalent for boats to the appellation d´origine contrôlée ("controlled designation of origin", certification granted to certain French products such as wines, cheeses, butters, etc, specific of a determined geographical area). Comparison apart, these gigs are now world famous and known generically as Cornish Gigs.

The need for speed was due to the gigs involvement in pilot delivery to the vessels approaching the treacherous Scillonian coast, explaining the origin of the competitive nature of Cornish Gigs rowing.

But what fascinates me the most was the endless list of shipwreck rescue and salvage operations performed by Cornish Gigs around the Isles of Scilly. 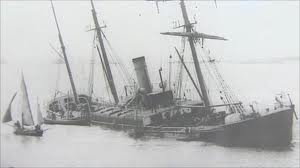 The local booklet “Scilly Now & Then”, in its April 2012 number, recounts the tale of a dramatic rescue in its article “Shipwrecks of Scilly”.

“Local diver Todd Stevens passes on a letter from a stewardess (Mary Meyler) from the 500-ton paddle steamer Thames, which hit Jacky’s Rock on January 4, 1841 with the loss of 62 passengers and crew.

...Captain Gray is known to have said that he: "would let no man off the ship before the women aboard were safely away”, after which he tied ropes around four women and forced three of them into the sea. The three girls, with ropes around them, then drifted through the waves on the tide towards the lifeboat (a gig from St Agnes coming to the rescue!) and were picked up in relatively safety. The fourth girl, who refuses to go, was later drowned along with her baby, as a huge wave then engulfed the ship smashing it to pieces.

Those in the lifeboat could no longer see the wreck or any survivors thereafter. The three rescued girls were then stayed in the Lighthouse, from where the letter above was written.

...The saviour of the three girls, Captain Gray, was one of many that were killed by the huge wave that smashed the ship to smithereens. As mentioned in the last issue, what remains of the stamer Thames now lays on top of part of the wreck of the Prince Maria, near Jacky’s Rock.” 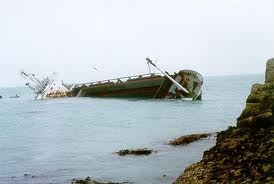 For an extense image collection of Shipwrecks around the Isles of Scilly check this article and click this link for Shipwreck Photographs by the Gibsons of Scilly:

For those of you interested in these stories, check out Todd Stevens books on Scilly’s shipwrecks. Todd recounts the story of the HMS Colossus, one of Nelson´s ships, linked to the controversial socialite of those times, Lady Emma Hamilton, Nelson´s mistress, in his book "Wreck of the Colossus. The Find of a Lifetime". Apparently the ship went down with a precious cargo of Greek antiquities belonging to the infamous Lady. Similarly, he also tells the story of the notorious and scandalous opera singer of the time, Ann Cargill, in his book “Ghost of Rosevear, Wreck of the Nancy Packet". It is said that Ann died tragically embracing her baby: "The bodies of Ann and her child were found floating in teir night clothes with Ann still clutching the baby tightly to her bosom. It was written at the time that: “The maternal instinct had not yet yielded even unto death itself”. The story goes that Ann sang to her child until the moment their boat turned over drowning them both." It is also said that the sunken ship brought down a fortune in personal objects and jewells belonging to Ann and that she can still be seen nearby the Bishop Rock Lighthouse.... 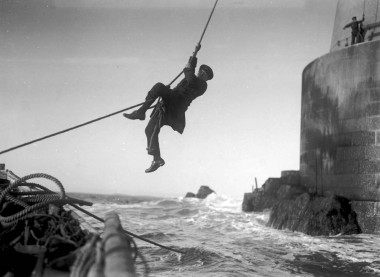 During the Pilot Gigs World Championships 2012, to acommodate all the crews participating in the event, my club ended up borrowing a local Cornish Gig, the Slippen. We looked at her suspiciously, especially when we were told that she was one of the oldest gigs still in use, dating from 1830! 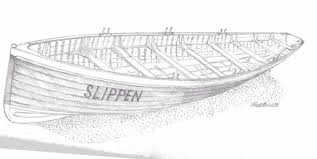 But we managed to win our group race aboard the Slippen!! We didn´t know back then that Slippen and her different crews over the years were famous for the many shipwreck rescues they performed, and they have been immortalised in many pictures at the local museum. 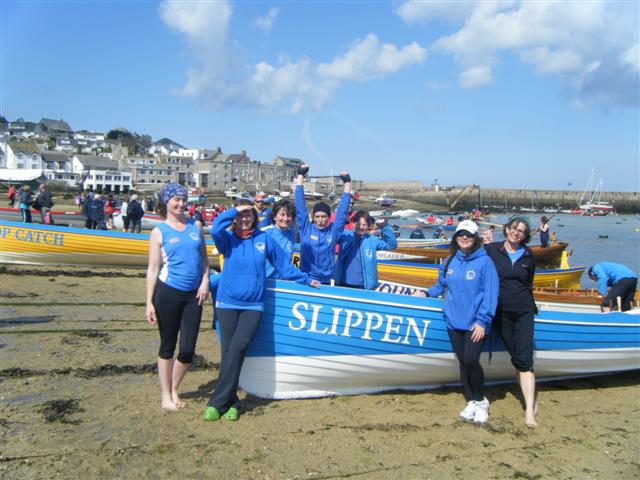 We felt very honoured and proud for have been somehow part of her story...

Somehow, one year has passed by and again I took part of the Pilot Gig World Championships (2013). I compited in two different crews. For one of them, our club borrowed again a boat from the host island, in this case, it was the Golden Eagle! 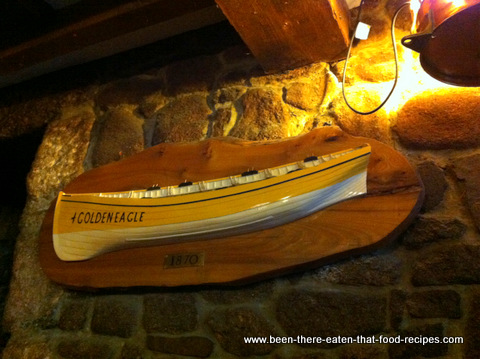 Golden Eagle is another historic Cornish Gig, dating back from 1870. It is actually the second oldest, after Slippen! Its name refers to the American dollar coins that were donated from the USA to express gratitude to the Isles of Scilly's people for their key contribution during the rescue of an American vessel and its crew.

A total of 133 boats participated in the main race, all lined up at the starting line, an impressive view!! After passing the finish line, celebrations didn't wait too long to begin... 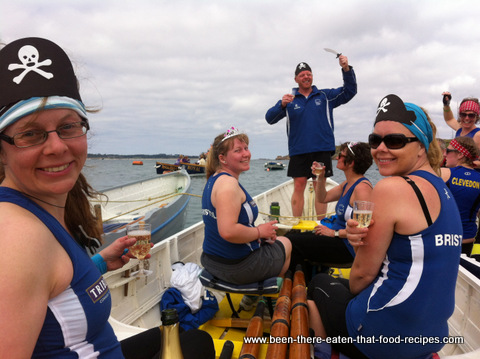 I also rowed for the veterans crew, in our own Young Bristol. Ironic, isn't it?? 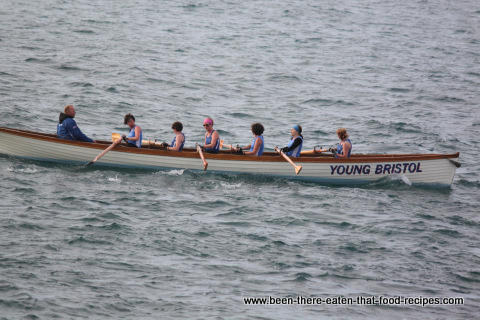 I am the one wearing the underlayer, ooops... 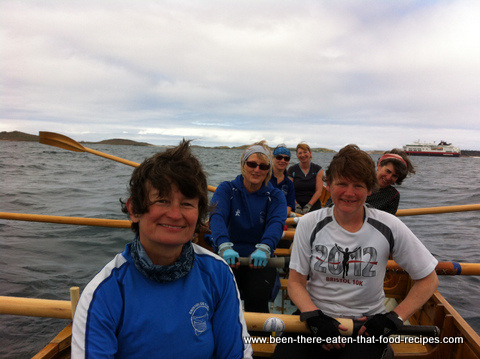 Even though we are in the veterans crew, most of us are only vets in age, not in experience, since many of us are quite new to rowing. A dissadvantage compared with real rowing veterans from other clubs, that doesn't discourage us that much. 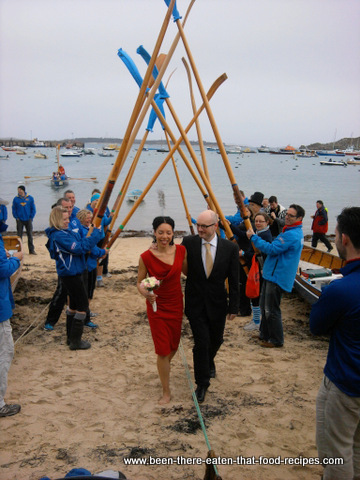 The Championships provided again amazing entertaintment, exhilaration, displays of camaraderie, and even the wedding place of two members of the club who decided to marry in between races. The newly wed walked through a honours guards of oars while one of our boys sang a shanty for them. All contributed to the relaxed, but at the same time intense, spirit of the tournament.

For a very entertaining report on the 24th World Pilot Gig Championships, I recommend you the blogg of a friend and fellow rower: "The Seatonist. Dreaming of waves, coping with lodgers": Very Scilly.(Twitter @TheSeatonist).